Southwest Florida is the most upscale region on Florida’s west coast. This part of Florida houses some of the most prestigious and affluent cities in the state such as Naples, Marco Island, and Fort Myers. This is reflected in the regions real estate prices as the highest on the west coast. Southwest Florida is also known for having an overall resort like feel. The vibe is more laid back and slower paced than on the east coast, golf courses are plentiful, and crime rates are low. It has been said, “If you want to watch birds at the beach, the west coast is for you. However, if you want to watch beautiful women at the beach, the east coast is more your style”.

The population is generally older and less diverse with three of the oldest counties in the U.S. calling Southwest Florida home. Traditionally, regions on the west coast are popular with snowbirds and transplants from the Midwest States. This holds true for the Southwest, however, there is a trend more recently of Northeasterners from New York, New Jersey, and surrounding states establishing a footprint here.

Encompassing the very southwest tip of Florida, the Southwest region is very tropical in both flora and fauna. Very mild winters allow all types of tropical palm trees to flourish. Summers tend to be some of the most humid in the state and the west coast does not enjoy the same cooling sea breeze that its east coast counterparts do. Beaches typically have very little wave action and a shallow, flat entry ideal for small children and those advanced in age. The water color and clarity off the Southwest coast can be somewhat inconsistent. It ranges from a clear blue to a more silty green depending on a variety of factors. One bonus is less seaweed tends to wash up here than most east coast beaches. For boaters there are many more interesting bays, coves, and beaches to explore but deep water is always a long run offshore in the Gulf of Mexico. 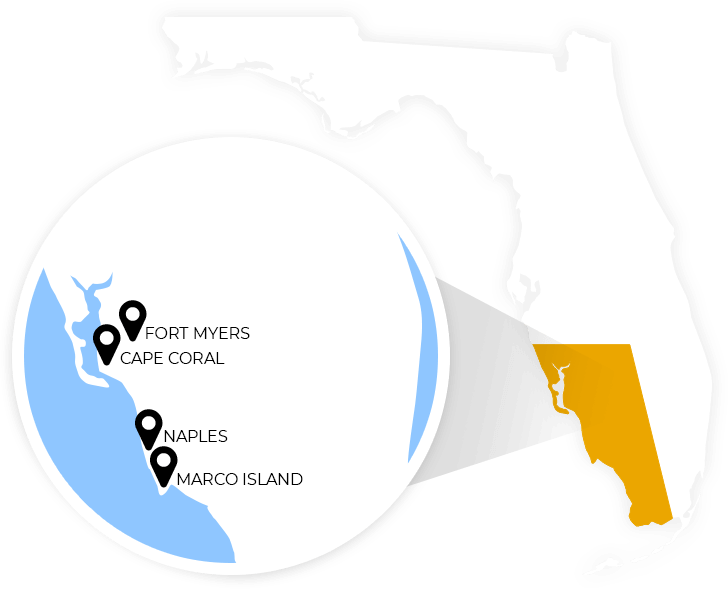