The Central East region of Florida has been seeing steady growth and popularity. Many residents looking for a change from the more heavily populated and expensive Southeast Florida, are moving north to this area of the state. Central East Florida is perfect for someone looking to live a more relaxed lifestyle away from the hustle and bustle of South Florida, while still maintaining year round recreational opportunities and a generally tropical feel. Winters here are noticeably warmer than in North Florida and cooler than in South Florida. This is the northern limits of many tropical plant life such as coconut palms, royal palms, citrus trees, mangrove trees, and many others. Occasional winter freezes can sometimes kill the less cold hardy varieties.

Much of this region is made up of what is called the Treasure Coast (southern parts) and the Space Coast (northern parts). The Treasure coast derives its name from the Spanish Treasure Fleet lost in the hurricane of 1715 just off the beaches in this area. Large amounts of gold and silver coins, bars, and jewelry remain buried in the sand with pieces still washing up on beaches today. This region was also known to grow some of the finest citrus in the world with its perfect mix of just the right soil and climate. Unfortunately, the area’s citrus industry has been in decline for a long time due to citrus tree diseases and increasing land values, but remaining groves continue to produce world class Indian River Citrus. More famously, the Space Coast got its name from the Kennedy Space Center where NASA launches all of its crewed spaceflights and unmanned rockets. Recently, the private company SpaceX has moved in and continues to shoot for the stars. 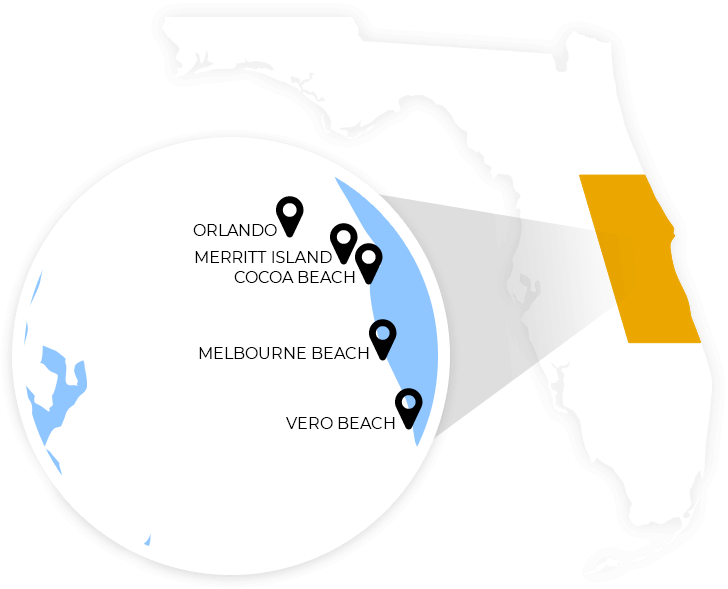