Clearwater lies within a humid subtropical climate zone. This is characterized by short, mild winters and hot, humid summers with frequent thunderstorms. The total average rainfall in Clearwater is 51 inches a year. This is higher than the U.S. average of 38 inches per year. On average, precipitation falls 105 days per year with July being the wettest month (8.2 inches) and June through September being the wettest time of year. November is the driest month on average (1.9 inches) with Spring being the driest season of the year.

On average there are 240 sunny days per year. This is higher than the U.S. average of 205 days per year. From November through March, Clearwater experiences average low temperatures between 50 and 60 degrees. Interestingly, it is along this immediate coastline where the northernmost limits for growing coconut palms and royal palms can be found. From October through April, the weather can be very pleasant. Excessive summertime heat really comes into play starting in May and runs through September. July and August are the hottest months of the year with average high temperatures of 90 degrees. 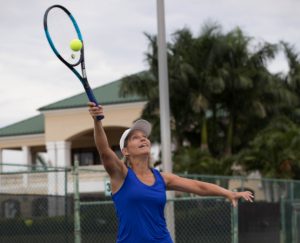 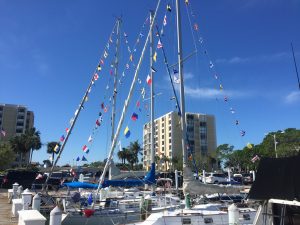 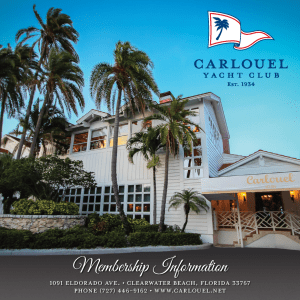 Seafood and Italian dishes rule in Clearwater but there is plenty of variety in this coastal community’s dining scene. For those nights when you just want to have a fantastic meal at home, Ward’s Seafood Market carries the absolute freshest locally caught seafood you can find. In business since 1955 almost 100% of their fish is caught by local fisherman who they have built strong relationships with over the years. 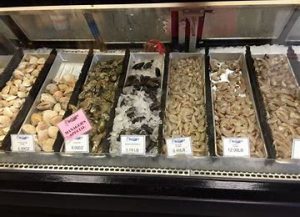 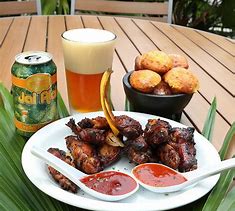 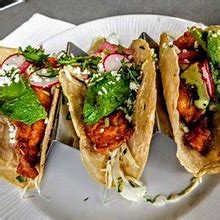 Caretta on the Gulf

Clearwater has a large indoor mall with all your typical shops and large anchor stores. Apart from that, the city really lacks any other good shopping destinations. Luckily, residents who want to spend a full day endulging in some retail therapy can make the short trip over to Tampa, where a fabulous new world of shopping opens up.

Every Saturday in Downtown Clearwater you will find the Cleveland Street Saturday Market. Patrons of the market can shop for locally grown and crafted food items such as farm fresh fruits and vegetables, handmade cheeses, locally caught seafood, handcrafted soaps, ice creams and so much more. Stop by the food trucks for a quick bite to eat or take your provisions home for a fresh, locally sourced meal you will feel good about eating.

The Clearwater Mall is not really a mall and would be better described as a large shopping center. The main retailer here is the Super Target but there are other popular stores such as Pier 1, Ross, Mens Warehouse, The Vitamin Shoppe, Sprint, Sketchers, and the like. This shopping center has a little bit of everything but a typical mall experience it is not. 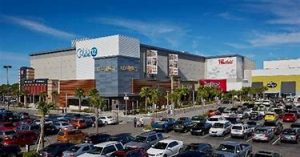 Clearwater is known for its great beaches but cross the bridge to downtown and it can be pretty sleepy at times. If a little action downtown is what you’re looking for don’t worry, there are multiple cities within a 20 mile drive that have livelier scenes.

The Clearwater Beachwalk is a winding beachside promenade where bicyclists, rollerbladers, joggers and walkers can get their exercise and take in the scenic views of the Gulf of Mexico waters. If exercise isn’t your thing there are plenty of bars and restaurants to hop in and out of along the way. Some evenings you will encounter quite a few entertainers plying their trade on the walkway including musicians, acrobats, and fire twirlers.

Spectrum Field is the spring training facility for the Philadelphia Phillies Major League Baseball team. It is also home to the Clearwater Threshers minor league baseball team whose games can be seen starting in April and ending in September every year.

Opening in 1921, the Capitol Theatre has been described as “one of the most beautifully finished playhouses in the South.” Thanks to ongoing investment and renovation this cultural landmark will continue to bring world class entertainment to the downtown Clearwater area for generations to come.

The Clearwater Marine Aquarium is a place where you can get up close and personal with bottlenose dolphins, sea turtles, sting rays, otters and many other marine creatures. They are most well known for being the home of Winter the bottlenose dolphin that was the star of the movie Dolphin Tale in 2005. The film was based on her life after getting her tail stuck in a crab trap and having a prosthetic tail created.

Festivals are held year round at Pier 60 Park from two hours before to two hours after sunset. This famous nightly sunset celebration features world famous sunsets, street performers, as well as local artisans selling their crafts. Weekends at the park you can catch live musical entertainment.

Perhaps the best thing going for Clearwater are its beaches. Trip Advisor named it the nations #1 beach in 2018 and residents here will agree they are fantastic. Beautiful clear water, white powdery sand, and beautiful sunsets are featured daily here. It is best to arrive early to ensure a parking space (which can be a little pricey) as well as a good spot on the beach before it gets too crowded. There is also a ferry that will shuttle you from the mainland to the beach if you wish to avoid the traffic and parking hassles of Clearwater Beach.

With the Old Tampa Bay to its east, the St. Joseph Sound to its north, and the Clearwater Harbor and Gulf of Mexico to its west, Clearwater residents enjoy ample boating opportunities. Boaters can anchor up on one of the many inshore islands such as One Tree Island, the Sand Keys, or the large spit of sandbar just inside the Sand Key Bridge. Clearwater Pass and Hurricane Pass are two inlets in the area allowing for Gulf of Mexico ocean access.

Inshore fishing can be quite good in Clearwater with good numbers of snook, trout, and redfish on the flats and mangrove tree lined shorelines of the barrier island state parks. Offshore in the Gulf of Mexico right off the beaches you have opportunities to catch Spanish mackerel and Tarpon. Further out the bottom fishing starts to get good around 40-50 foot depths and deeper which can be around 15 miles from shore. To target fish in 100 foot depths you will need to run about 33 miles out. Popular offshore species include king mackerel, grouper, snapper, and cobia. 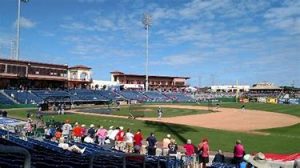 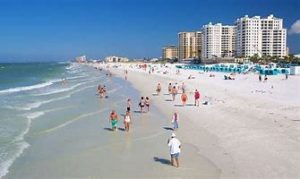 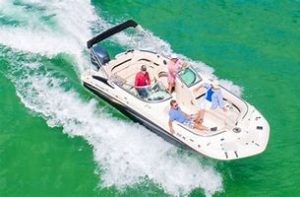 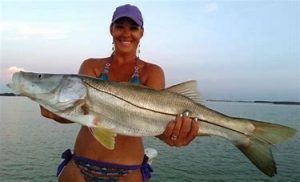 Clearwater schools are controlled by the Pinellas County School District. It is the 7rd largest in the state of Florida and 26th largest in the nation. Pinellas County School District has over 104,000 students in grades PK, K-12 with a student-teacher ratio of 15 to 1. According to state test scores, 55% of students are at least proficient in math and 51% in reading. Niche.com gives the school district a B+ rating and has it as the 15th best school district in the state. Several notable private schools include Clearwater Central Catholic High School (Roman Catholic), Calvary Christian High School (Christian), Skycrest Christian School (Christian), Saint Paul’s – Clearwater Independent School (Episcopal), and Allendale Academy Private School (Nonsectarian).

The City of Clearwater has a total of 10 golf courses with 2 courses being municipal. Within a short 20 mile drive you will find another 60 courses.

The Landings Golf Club in Clearwater was designed by Ron Garl in 1970 and owned and operated by PGA golf professional John Huston. It is a Par-63 18-Hole facility that is open to the public to enjoy.

Cove Cay Golf Club’s course is 18-holes of spectacular views. Situated on the waterfront of the Tampa Bay, this par 70/71 championship golf course was designed by architect David Wallace. This property also offers full practice facilities, a golf academy, and pub and grill.

At the Chi Chi Rodriguez Golf Club they encourage participants to “play with purpose.” A portion of every golf fee goes to the Chi Chi Rodriguez foundation to help the next generation through mentorship, character building, and values. This Dennis Griffiths designed par-69 course has over 70 sand traps and two tiered greens, but above all it helps to change lives. 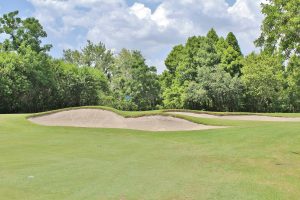