Southeast Florida is the state’s most heavily populated region and its most diverse. As you drive down the coast from Palm Beach to Miami, where one city ends, another begins. It is also Florida’s most tropical region, with the warmest winters, hottest summers, and more rain than anywhere else in the state. The Southeast coast and Florida Keys feel like part of the Caribbean. Not only from its flora which includes many varieties of tropical palm trees and other plant life, but also from some of the non-native animal species that have proliferated here such as the iguana. Also adding to the tropical feel are the clear, Caribbean blue waters that wash the beaches. Snorkeling and diving are popular in the region for this reason and the year round warm waters maintain the continental United States only living coral barrier reef.

These are not the only reasons this part of Florida feels most like the Caribbean. Many of the people who call it home are originally from parts of the Caribbean such as Cuba, Haiti, Jamaica, and other islands. The Southeast region is also very popular with people from New York and New Jersey. Boca Raton is often referred to as the 6th borough of New York because of the large number of transplants and visitors it gets from the city.

There is a lot of wealth attracted to this area of the state and it can be seen in an abundance of spectacular estates and exotic cars. Life is faster paced in the Southeast, more flashy, and more liberal. There is an abundance of nightlife and entertainment options available, some on a 24/7 basis. It has a large metropolitan feel, but with many smaller, quieter, boutique cities and private enclaves to retreat back to for peace and relaxation.

The Florida Keys are the exact opposite of its mainland Southeast counterpart. The sleepy little chain of islands seem worlds away from Miami and the rest of the region. Everything is slower in the Keys. It lacks the nightlife, population centers, and hustle and bustle of the mainland. Life is centered around the water here. Owning a boat is a must, it provides access to the water and is the biggest form of recreation for residents. The Florida Keys are ideal for people looking for a relaxing, tropical island paradise to call home without leaving the United States and all its comforts. 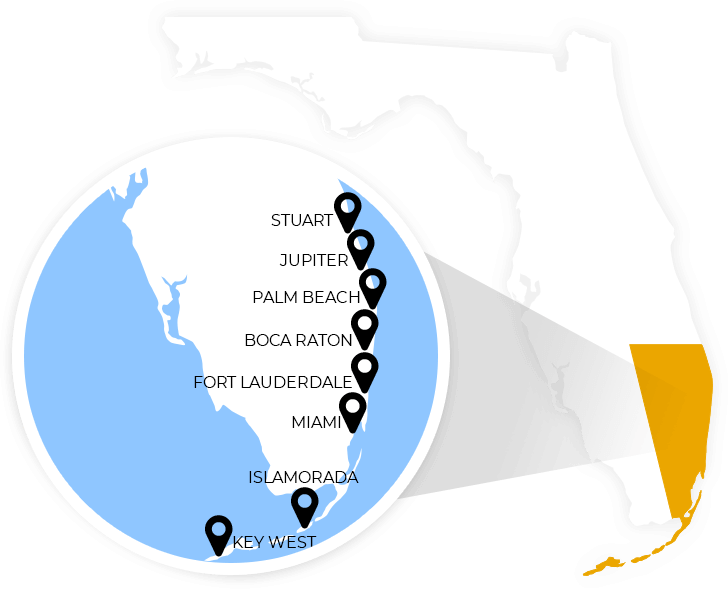