Located along Florida’s northeast coast, Ponte Vedra is a wealthy seaside community that offers a blend of laid-back luxury and natural beauty. It is home to numerous seaside resorts and world-renowned golf courses. As one of the most northern cities in the state, those looking for a warm place that retains a sense of the changing seasons will find that here.

Ponte Vedra lies within a humid subtropical climate zone. This is characterized by short, mild winters and hot, humid summers. The total average rainfall in Ponte Vedra is 49 inches a year. This is higher than the U.S. average of 38 inches per year. On average, precipitation falls 112 days per year with September being the wettest month (7.0 inches) and June through October being the wettest time of year. November is the driest month on average (2.3 inches) with both Winter and Spring being the driest seasons of the year.

On average there are 221 sunny days per year. This is higher than the U.S. average of 205 days per year. From November through April, Ponte Vedra experiences average low temperatures between 45 and 60 degrees. From October through May, the weather can be very pleasant. Excessive summertime heat really comes into play starting in June and runs through September. July is the hottest month of the year with an average high temperature of 90 degrees.

For its size the City of Ponte Vedra offers an incredible wealth of private country club properties to choose from. This is truly a unique beachfront boutique community geared towards those who enjoy the private club lifestyle and the highest levels of service that come along with it. 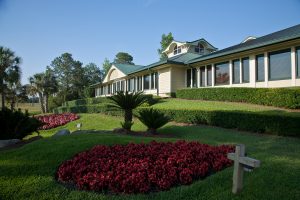 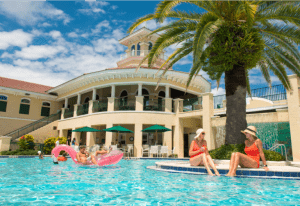 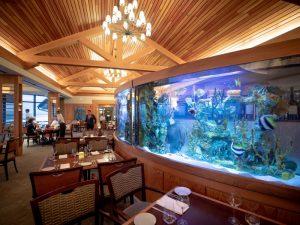 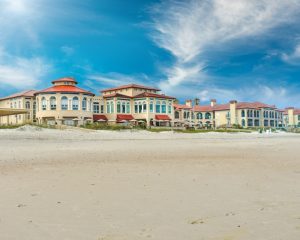 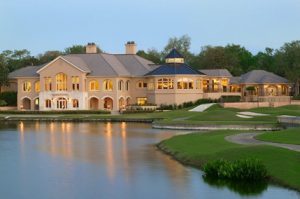 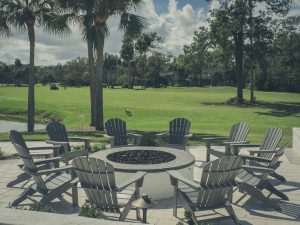 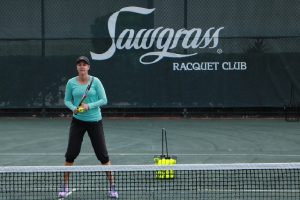 Ponte Vedra is largely dominated by establishments serving up American style fare. Regardless of style, the city has a wealth of highly rated upscale dining options. 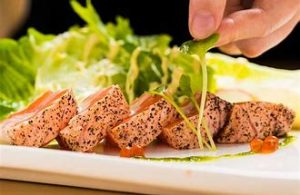 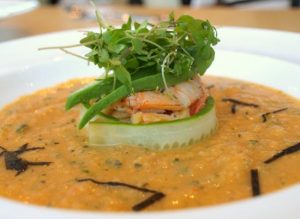 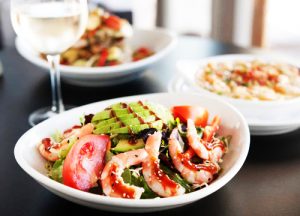 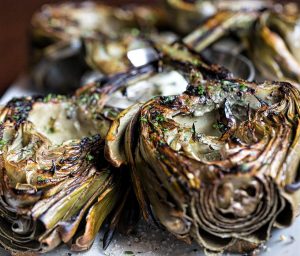 Ponte Vedra is a heavily residential community so it comes as no surprise that there is not a lot of shopping to be had inside the city limits. Luckily for residents here, Jacksonville is a major U.S. city and with that comes major retail centers such as The St. Johns Town Center. Ponte Vedra is lucky enough to have one shopping center however, Sawgrass Village.

Sawgrass Village is a community shopping center that has been recently redeveloped to create the “new town square” of Ponte Vedra. The center features unique boutiques, art galleries, home décor, and service retailers. Being the quiet, upscale, heavily residential boutique community it is, Ponte Vedra doesn’t boast the attractions that St. Augustine does to the south nor the lively atmosphere of a more commercial Jacksonville Beach just to the north. So while there may not be a lot to do in Ponte Vedra, its location affords easy access to plenty of entertainment in either direction.

Synonymous with golf the TPC Sawgrass hosts both The PGA Tour and The Players Championship. The Stadium Course is a fantastic venue to watch some of the game’s greatest players as it was specifically built to improve the overall on-site fan experience. The course features unique stadium style stands built around the holes making for excellent viewing.

The other big draw to Ponte Vedra is the city’s beaches. This area is known for having 40-foot tall sand dunes which are among the highest in the state. The beaches here are uncrowded and can sometimes feature the same pools and rivers of water stranded up the beach at low tide which kids love. The water color in this area of Florida is typically a darker blue/green to turbid brown not uncommon to other shorelines up and down the east coast of the United States.

Not nearly as good as other locations for boating, the Intracoastal Waterway that runs up the coast along Ponte Vedra is a narrow canal less than 300 foot wide in most areas. This very straight man made channel connects the Tolomato River to the south to the St. Johns River to the North. Instead of running through the city, it runs along the western edge of Ponte Vedra’s developed landmass. Waterfront homes and docks line its eastern banks and undeveloped natural forest on its western. At the very northern end of Ponte Vedra’s city limits the waterway does become more natural and serpentine again with numerous winding sidecreeks and classic marsh shoreline.

Ponte Vedra has limited inshore fishing opportunites. It is possible to find flounder, spotted seatrout, redfish, and sheepshead in the canal running along the city’s western limits. Your best bet is to fish the docks, pilings, and sea walls in the area. Out in the Atlantic Ocean good catches of cobia, grouper, snapper, mahi mahi, wahoo, and more can be had. Ocean access is not easy from Ponte Vedra unless you can trailer your boat and launch closer to an inlet. The St. Johns River Inlet is a 13 mile drive north along the coast while the St. Augustine Inlet is a 24 mile drive south. Long runs are necessary for targeting certain offshore species and 100 foot depths can be found around 32 miles offshore of either inlet. Similarly the ledge is around 60 miles out from the coast as is the Gulf Stream Current. 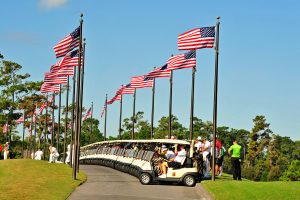 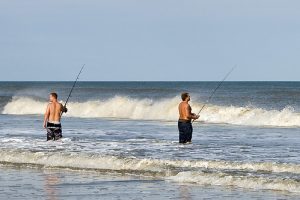 Ponte Vedra schools are controlled by the St. Johns County School District. Niche.com gives the school district an A rating and has it as the number one best school district in the state. St. Johns County School District has 38,550 students in grades PK, K-12 with a student-teacher ratio of 14 to 1. According to state test scores, 78% of students are at least proficient in math and 74% in reading. Several notable private schools include Collage Day School and Palmer Catholic Academy (Roman Cathlic).

At TPC Sawgrass golfers will find two flawlessly maintained golf courses designed by architect Pete Dye. The Players Stadium Course is a championship level golf course which hosts The PGA Tour and THE PLAYERS Championship. Ranked as one of “Americas 100 Greatest Golf Courses” by Golf Digest, it is a well balanced course that favors no particular style of play. Dye’s Valley Course is the host of many prestigious events such as the Web.com Tour Championship, Senior Players Championship, and the NFL Golf Classic.